7 Nollywood actors and actresses that died from cancer

7 Nollywood actors and actresses that died from cancer 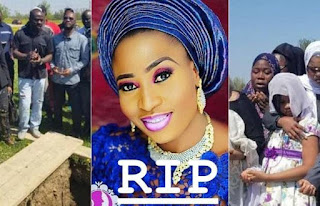 Unfortunately, the heavy treatment badly affected her body, and her heart stopped beating.
The 46-year old beautiful actress died in Toronto on May 15, 2018. She left behind two children.

PAUL ARISA:
Photos of Nigerian cancer patient Paul Chukwu Arisa went viral in 2016 when he made a public outcry for help to raise money for his cancer treatment. 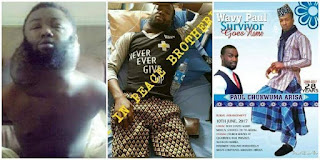 Paul who was an orphan, had been battling Hodgkin’s Lymphoma, a form of cancer, for about 3 years before he resorted to making a public outcry to raise more funds for treatment.
Funds were raised, Paul started treatment and he was responding to treatment.
Paul didn’t let his sickness get to him, as he was always optimistic that he would beat cancer. He even named himself, Wavy Paul Survivor.

But tragedy struck, Paul was reported dead on Wednesday, May 10, 2017, just when he was due for a second surgery in India.

ANAYO ISAAC:
Anayo Isaac was suffering Ameloblastoma which grew worse and became cancer of the mandible when he reached out to the Nigerian public for help to raise funds for his surgery. 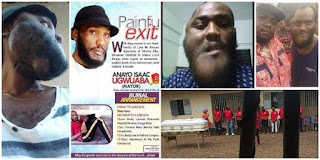 The tumor damaged greater part of Anayo’s body, affected his spine, skull, eye socket and his whole lower jaw was damaged.
Anayo died May 18, 2019. He was 34 years old. 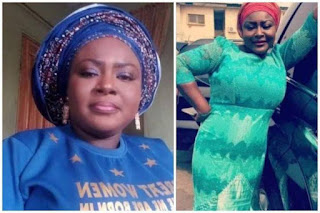 Debbie Osarere
32-year-old Debbie Osarere Idiagbonya lost her battle to cancer April 1, 2016 after a tough battle.
Debbie had discovered a mass in her left breast on 24th of May, 2011. She went for tests and was diagnosed with breast, liver and bone cancer which she spent the last 5 years of her life battling. 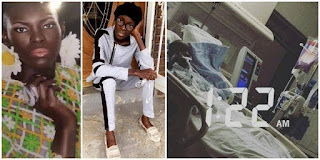 When she died, Debbie was receiving treatment for lung and skull cancer at the Howard University Teaching Hospital, Washington DC, USA.
She was diagnosed with stage 4 Invasive ductal carcinoma (breast cancer) in 2012, which she survived after treatment and mastectomy in 2015. She was also down with bone cancer which she also survived.
She finally lost the battle April 1, 2016.

AHMED MAYOWA SHUKURAT:
Ahmed Mayowa Shukurat died Sunday, August 21 2016 in South Africa after battling ovarian cancer for a while.
She was was flown to South Africa on the August 11 for treatment unfortunately, she died a few days later 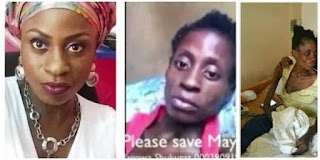 Mayowa’s plight had gone viral after Nollywood actress pleaded with Nigerians to help raise money for Ahmed’s treatment and over N100 million was raised in no time.