7 Warning Signs Your Partner Is Cheating on You, According to Therapists

7 Warning Signs Your Partner Is Cheating on You, According to Therapists 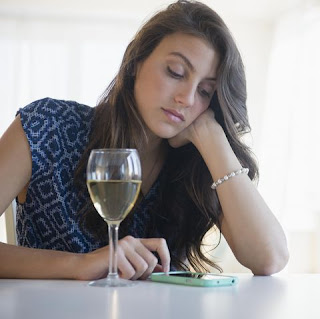 Hindsight is everything when it comes to cheating. When an affair comes to light, it’s easy to realize the signs were there all along—you just missed them. But signs of cheating, whether the affair is purely physical or emotional, are often subtle.

Their schedule changes with no good explanation

Most people have pretty predictable schedules, and even if their schedule changes, there’s usually a reason that makes sense. “Someone who must ‘work late’ all of a sudden at times that go beyond a reasonable explanation may be cheating,” Coleman says. That’s especially true if this keeps happening when your partner has no new job, promotion, or project they’re working on. (Take note of these signs you’re in a loveless marriage.)

They’re suddenly unreachable
Again, a change is the big factor. If your partner has a job that makes it tough to reach them during certain hours of the day, it doesn’t mean they’re cheating. But if you’re suddenly struggling to reach them when you could in the past, and it’s a consistent issue, that should raise a red flag. “Cheaters need privacy and blocks of uninterrupted time,” Coleman points out. “Someone engaged in an ongoing affair must be periodically unreachable.” After all, they don’t want to risk you hearing suspicious voices or background noises.


3 of 7
They have a decrease—or increase—in libido
It’s more common for cheaters to decrease the frequency of sex at home, given that they’re getting it elsewhere, Coleman says. But sometimes they try to have sex more at home. “Guilt-ridden people may increase lovemaking at home,” Coleman says. “Some will do so to cover their tracks. But some may do so to satisfy a partner so that the partner will not be seeking sex at a later time when the cheater knows he or she won’t be available.”

This can include a range of things, like changing their password or keeping their phone on them all the time when they used to leave it sitting out. “These changes are indicative of the deception that cheating always involves and therefore are strong signs of cheating,” says licensed clinical psychologist John Mayer, PhD,
Doares agrees. “Anytime someone starts to ‘hide’ things, it is cause for questioning,” she says.

5 of 7
They’re suddenly paying more attention to their appearance for no apparent reason
Sometimes people decide to focus on their appearance as part of a New Year’s resolution or want to lose weight for health reasons. But they’re usually pretty open about it. “The reasons and timing must make sense,” Coleman says. If your partner is suddenly wearing cologne or spending a lot of money on new clothes, and it was never their thing in the past, it’s “not unreasonable to inquire why,” Coleman says. If their answer doesn’t make sense, it should raise a red flag.

They don’t disclose details of their day anymore
People usually share intimate details of their day with their partner. But when they’re cheating, that tends to shift to the new fling, Mayer says. As a result, they end up telling you less. “When they already have someone to share this with, they might not even be aware they are no longer sharing with you,” Doares says. Here are some ways to re-build trust in a relationship.


7 of 7
They accuse you of cheating
This is a weird but common habit of cheaters—and there are a few reasons for it, Coleman says. By making your alleged behavior the issue, it puts you on the defensive and takes the focus off of them. It can also make you less likely to speak up about things that seem off because you don’t want to upset them, given that they’re already “worried” that you’re cheating. And it also gives them a reason to say they need “time away to think,” aka meet up with their lover.

Watch out for the signs!

You can like,post and comment
Related:  What is the No.#1 cause of breakup and divorce in relationship by Ayanfemi