Blue (Unusual) Laws you aren’t aware exist in some countries

Blue (Unusual) Laws you aren’t aware exist in some countries 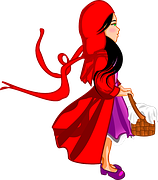 What are blue laws?
Blue laws are laws prohibiting certain activities of a non-religious nature, frequently related to the selling and drinking of alcoholic beverages or the selling of cars, from occurring on Sundays. Such laws are on the books in many US states and quite a few countries throughout the world

Blue Laws in the District of Columbia
1.No one may dance, sing, skate, whistle, or use obscene, loud, and boisterous language within any public toilet.
2.A photographer may not remain longer than five minutes at one location taking photographs in public places or on the sidewalks and streets of the district.
3.It is against the law for an individual to participate in a contest, dance, or race for more than 12 hours in any rolling 24-hour period.
4.Missionary-style is the only acceptable position for certain activities. All others are illegal.


Australia
1.It is illegal to leave your cars keys in an unattended car.
2.Hot pink pants may not be worn after 12:00Noon on Sundays.
3.Bars must feed, water, and stable their patrons’ horses.
4.It is illegal for children to purchase cigarettes. It is legal, however, for children to smoke.
5.It is against the law for anyone but a licensed electrician to change a light bulb.


Bangladesh
1.Children 15 years old and older can be jailed if they are caught cheating on their final exams in school.


Belgium
-It is against the law to hold a sweepstakes.

Brazil
-Police have to perform a breathalyzer test if the driver of a car involved in an accident dies. They need to determine which driver was at fault.

Finland
-Whether or not they own a television, everyone must pay a television tax.
-A taxi driver must pay royalties if he plays music in his vehicle for customers.

France
-The name Napoleon may not be given to a pig.

-Seventy percent of the music radio stations play between 8:00am and 8:00pm must be by French artists.
-It is against the law to take photographs of police officers or police cars, even if they are in the background of a photo you are taking of someone or something else.
-It is illegal to sell a doll which does not have a human face.

Germany
-It is against the law for your car to run out of gas on the Autobahn.
-It is illegal to wear a mask.
-It is illegal for an office to not have a view of the sky.

Greece
-All electronic games are banned.

Israel
-It is illegal to pick one’s nose on the Sabbath (sundown Friday to sundown Saturday).
-Riding a bicycle without a license is illegal.
-It is illegal to bring bears to the beach.
-It is against the law to raise Rottweiler dogs.

Italy
-It is illegal to make coffins out of anything except nutshells or wood.
-It is a felony to strike someone with your fist.
-It is against the law for a man to wear a skirt.

-It is against the law for an obese person to wear polyester.
-It is illegal to feed pigeons in the city of Venice.

Mexico
-Clergymen may not wear their religious garments in public.

-It is against the law to shout offensive words in public.

Norway
-It is against the law to sell alcohol on Sundays and on election day.

Portugal
-It is illegal to relieve oneself in the ocean.

Russia
It is illegal to drive a dirty car.

Saudi Arabia
+All establishments except hospitals must close during Islamic prayers, which are held five times daily.

Singapore
-The sale of chewing gum is prohibited.
-It is illegal to bring cigarettes into the country.
-It is against the law to not flush a public toilet after use.

South Africa
-In you want to purchase a television, you must obtain a license.

Swaziland
-King Mswati III passed a law in 2002 which stated that women who wear pants face a possible punishment of having the pants ripped off them and torn up by soldiers.

Sweden
-Anyone who purchases a television must obtain a license for it.

-It is illegal for stores to sell alcohol between 12:00Midnight and 11:00am and between 2:00pm and 5:00pm.
-It is against the law to step on the country’s coins or paper money.
-It is illegal to leave your house without wearing underwear.

United Kingdom
-A law in effect since 1313 states that it is illegal for an MP (Member of Parliament) to don armor in Parliament.
-King Edward VI enacted a law about boiled eggs. The law states that any person found breaking a boiled egg at the sharp end will be sentenced to 24 hours in the village stocks.
-Anyone who purchases a television must obtain a license for it.
-It is illegal to hang a bed out a window.
-It is against the law for a woman to be topless in public—except if she is a clerk in a tropical fish store.
-Oliver Cromwell did not think mince pies were sufficiently Puritan. During his reign, he banned them from being eaten on Christmas Day.

You can like,post and comment
Related:  A white lady has apologized after calling police on a black man