List of songs to listen to when sad and depressed;You can’t afford to be down

List of songs to listen to when sad and depressed;You can’t afford to be down

There is much meaning that can be derived from melancholy. In fact, sad music does not merely evoke sadness. Researchers have discovered that, sometimes, listening to sad music actually makes us feel happier, more romantic, less doomed, and supports our emotional well-being. 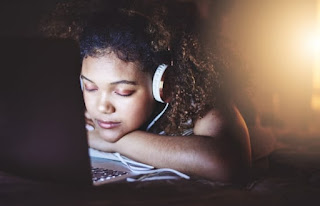 1. “Hometown Glory”
Adele
2. “Young and Beautiful”
Lana Del Ray
3. “The Call”
Regina Spektor
4. “I Will Always Love You”
Whitney Houston
5. “Sweet Disposition”
The Temper Trap
6. “Back to Black”
Amy Winehouse
7. “With or Without You”
Scala and Kolacny Brothers
8. “Fix You”
Coldplay
9. “Somebody That I Used to Know”
Gotye
10. “Remember When it Rained”
Josh Groban

Ah, Adele. Adele has done quite well for herself by tapping into the power of melancholy. Her voice is dripping with it. So, for anyone who thinks that there is no power in sadness, look (listen) no further than Adele. Most of her music is powerful and sad. But, for me, “Hometown Glory” is her most melancholic.

This song came into popularity with the 2013 movie remake of The Great Gatsby. It is hauntingly beautiful, and it pulls at a question that is worth asking, whether the person who loves you now will still be there in old age. This song has melancholy written all over it, and hearing it will help you attain a thoroughly satisfying sad mood.

A song that taps into the heavy, questionable hope behind a word like “goodbye.”

#4. “I Will Always Love You” Whitney Houston

This song was written by Dolly Parton, and recorded in 1973, but it was Whitney Houston’s cover in The Bodyguard in 1992 that made it such a powerful and poignant song. It moves in a way that is hard to describe (and it became the best-selling single of all time by a female artist). Hearing her sing this song gives me chills, and it is definitely moving and melancholy.


#5. “Sweet Disposition” The Temper Trap
This song was used in the movie 500 Days of Summer and for a car commercial. I think it’s been used for other things as well—what’s neat about it is the way it evokes nostalgia for a person, a place, and a thing, while, at the same time, projecting a hopefulness for the future.
It is melancholy mixed with hope, which is a thrilling combination.

This song is all about losing love, losing yourself, losing control, losing everything and having nothing but darkness left. This is the perfect song to put you in a black mood, too.


#7. “With or Without You” Scala and Kolacny Brothers

While this song (from U2’s 1987 album, The Joshua Tree) is not necessarily new or original, Scala and Kolacny Brothers, a Belgian women’s choir, sing it in a way that really hits a chord. There’s nothing like a choir to make an emotion resonate.

We all need fixing, but until then, there is this song.

This song taps into the heartbroken parts of ourselves as we deal with the inevitable loss and failure of a relationship.

Perfect for a melancholy, gloomy, contemplative mood, this song is full of heavy yearning.

One thought on “List of songs to listen to when sad and depressed;You can’t afford to be down”