Understanding Football- A Guide for Wives of Football Addicts

Understanding Football- A Guide for Wives of Football Addicts

There is a phenomenon that occurs each fall. It is an event that causes enemies to come together for a common cause. It causes grown men to cry. It is American football. Many men are engrossed in the game of football. They have friends over for parties to watch the game. 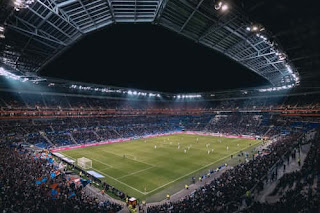 They can’t get enough of it. American football has become such a huge phenomenon that Super Bowl commercials cost millions of dollars for a 30 second spot. Companies have come to understand that if they want their product to be recognized then that company needs to be the official sponsor of the NFL.

As exciting as football is to many men, often their wives are left wondering what the big deal is. They just don’t get it. Many women realize that if they want to connect with their husband it needs to include a connection with football. However, the problem is that many women don’t understand how football works. They don’t understand what the rules are, how the scoring works, or how other aspects of the game come into play. Another thing that causes frustration is that men often struggle to explain it to their wife when asked.

We will talk about why men are so captured by the game, what the different positions are, the basic rules and scoring. Before we move on I want to make a concession- I understand that many women love football as well. Just look at the games on television and you will see that many of the fans are female. Too, my mother is a big football fan and totally understands the game. Here, we are dealing with men who are engrossed in football and their wives who want to understand it. , you will probably not get it the first time you read this article. You may have to read it a few times. However, your husband will be glad you did. Why Men Love Football Why do men love football? Why does it engross them? Why do they spend so much money on tickets, extra television channels, food, beer, and souvenirs? Why do they talk about it all week at work, read news articles on the games and their teams?

Listed below are a few reasons why football has such a following among men. 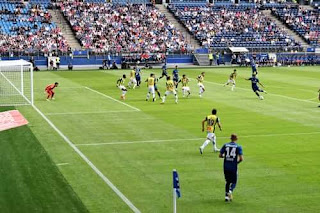 1. It inspires emotion While men tend to shy away from emotion, football evokes an emotional response. I know that when I watch football or read about it, I get a certain emotional high. There is a euphoric feeling that comes with football. The great thing is that there are no side effects or destructive physical behavior involved with the high, unless you’re the guy getting punished on the field. There is such a sense of greatness and a sense that something big is happening when a football game is being played, especially if it is the NFL or a major college game.

2. It brings a sense of community Let’s face it, the sports bars are full on Sundays. Men enjoy being together. They find a sense of community with each other when watching football. Look how big football stadiums are compared to baseball stadiums or basketball arenas. There is just something fulfilling with men when they can talk, yell, laugh, and offer an opinion without judgment. I am not talking necessarily about judgment from their wives, but from their boss, co-workers and others that put them down.

3. It brings a sense of purpose Football gives purpose to an otherwise normal life. Whether that purpose is routing for a winning team, or just dreaming of personal greatness, football gives men a sense that they can be great. Football aids in the hero mentality. Men want to be heroes. The successful football player is seen as a hero.

4. It allows for physical punishment Men tend to be physical. Violence appeals to many men. However, those men don’t believe in violence that purposely harms a fellow human. So, football allows for violence within accepted bounds. Yes, players get injured, but usually heal, and some have died. However, there are enough rules in place to protect the players as much as possible. Too, note that at the end of the game the opposing teams congratulate each other and laugh with each other. So, there is physical punishment involved, but it is between people who are friends off the field.

Playing Positions Before we discuss how the scoring works and the basic rules, let’s look at the positions the players play. We will not look at each individual position, but rather at the basic set up of the offense and defense.

Quarterback-
This is the main player that tends to be focused on. He is the one who either hands the ball to another player or throws the ball. He is the leader of the offense and calls the plays. Receivers- There are generally two receivers. They are close to the sidelines when a play starts and run in various patterns to catch the ball and advance it.

Related:  Who is the World's Best Football (Soccer) Club Manager?

Defense-
Defensive line- Just as the offense has five players that line up with the football, so the defense has five really big guys that line up with the football. Their job is to try to get to the quarterback to either tackle him or knock the ball out of his hand. Too, they try to stop the running backs from advancing. Defensive Ends- There are generally four defensive ends. These players defend the receivers and try to keep them from catching the ball. If the receiver does catch the ball, then the ends try to tackle him to keep him from advancing. Too, besides the ones defending the receivers, there are generally two defensive ends at the back of the defense to prevent long throws from the quarterback. If the ball is advanced far down the field, then they try to keep the player from the end-zone.

Scoring Now let’s talk about how teams score points. Obviously, the team with the highest score at the end of the game, wins. This is not true in golf.

Touchdown-
A touchdown happens when the offense gets the ball into the end-zone. The team receives 6 points, and a chance to either kick the ball for one more point or put the ball in the end-zone from the two yard line for 2 more points. They only get one chance to score extra points.

Related:  Who is the World's Best Football (Soccer) Club Manager?

Number of players- There must be 11 players on the field. If either team has more than 11 players, then they are penalized. This is a common mistake during substitutions.

Time- A professional football game lasts four quarters of 15 minutes each. That is, fifteen minutes in football time. Size of field- A football field is 100 yards long, and 53 1/3 yards wide. The end-zones are an additional 10 yards on each end of the field. The field is divided into 5 yard segments.

Advancing the ball- the offense can advance the ball by either throwing it or running it. They cannot advance it by dropping it then kicking it forward. Stopping the ball- the defense can stop the advancement of the ball in a number of ways, provided they do so in a sportsman like way. This basically means in a way that does not intentionally harm another player. Too, you cannot tackle the quarterback if he does not have the ball.